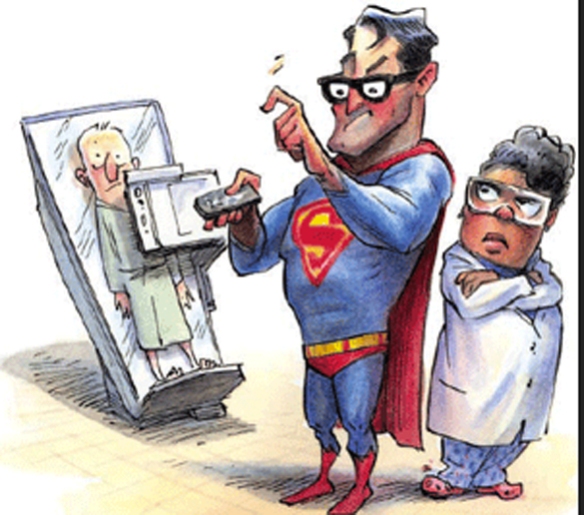 This one is for all my tech and camera geeks. Scientists at the Institute of Technology in Cambridge have  handed us the ability to see behind walls using a camera! WHAT! Like Superman, this camera could be invaluable in dangerous or inaccessible locations, such as inside machinery with moving parts, or in highly contaminated areas. However, as with any innovation, the worry is if Lex Luther got a hold of it and gave it to his troops, who knows what could happen…fill-in-the-gaps.

Back to the science. Click play and watch this pretty dope video to see for yourself how it works:

Remember, a normal camera can only see objects that are right in front of it. Light that reaches the sensor from beyond the direct line of sight is too diffuse to convey useful information about the hidden scene, having been scattered by multiple reflections.

The new set-up, described today in Nature Communications (Hardcore tech geeks, click on the link for hard-core science), overcomes this problem by capturing ultra-fast time-of-flight information ( Love this Phrase, it basically means how long each photon has taken to reach the camera). This information is then decoded by a reconstruction algorithm developed by team member Andreas Velten. Currently, the whole process takes several minutes, but researchers hope that in the future, it will be reduced to less than 10 seconds.

Until next time. Hope the sun is shinning where you are and you catch some sunspiration (my made up word that is a hybrid of sun and inspiration, I want to be included in your life, share it, Tweet it, Re-Tweet, blog it).