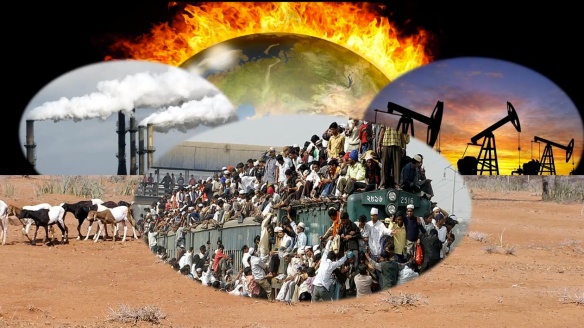 This past week in London has been crazy weather wise, we have experienced snow, rain and sunshine all in one day and within moments of each other. This has been the coldest March in over 70 years. Those that know me, know I am not a fan of the cold, I much prefer temperatures close to and above the 30 degrees Celsius mark, I am from what they term sub-saharan Africa after-all.

Naturally, I kept blaming it all on climate change and that got me to researching the topic yet again. The battle against climate change has always been a complicated one leading to heated discussions mainly because the world we live in is controlled by many factors such as politics, economics, health and population dynamics. As you can imagine, these factors do not go well together especially when they are pitched up against science and carbon cutting necessities such as reducing our dependency on fossil fuels. But let us not get too political here. That is not what this post is about, I want to introduce you to a new exciting theory I came across during my research. I love TED for things like this.

Whilst researching I came across Allan Savory’s TED talk titled- How to green the desert and reverse climate change. It blew me away. I learned so much and his theory actually makes more sense than anything else I have ever read on the topic. I don’t want to give too much away but the man made a mistake in his early career and spent the rest of his life figuring out a way to make up for it. The story and science is compelling to say the least and I urge you to press play and hear him out (he is a slow talker but he talks with passion and heart).

He said “We once thought the earth was flat. We were wrong. We are wrong again. I was wrong”. It takes a brave man to admit his mistake and dedicate his life to fixing that mistake.

This is one of my favourite songs as it is one of the few early songs that uses Sudan within the lyrics and I thought it was very fitting for this post.

Press play and enjoy the journey.

Have a great weekend.