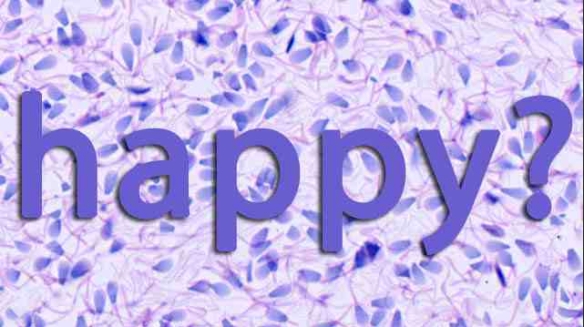 Firstly, thank you for all the Questions. I have my work cut out for me, I have to say that some of the questions had me rolling on the floor with tears of laughter running down my face, so thank you to each and everyone of you that responded to last weeks Knock Knock request.

It was pretty difficult to pick which question to answer first and in all honesty I picked this one because I got asked it not once, or twice but thrice by three different people. This really intrigued me so I did a little background research and realised that the story was recently spun by our very own Daily Fail aka Daily Mail and The Burn aka The Sun. It didn’t stop here however, it got picked up by a number of chat shows and comedians hence the proliferation. I am going to scientifically BREAK this down for you ladies and gentleman.

The above newspapers claimed that scientific research has shown that semen acts as an antidepressant for women, they published this story towards the end of August 2012.  Right off the bat, the first thing to note is that these claims are actually based on a decade-old study that made the extraordinarily bold claim that semen has an antidepressant effect in women (Gallup, Burch & Platek, 2002). The fact that the study is 10 years old and has not been followed up by any other researchers testing whether this claim is actually valid is already a red flag.

Side-note; during my background research I discovered that the huge media attention was linked to the fact that the President of the American College of Surgeons lost his job over a very bad Valentines Day joke related to this particular paper. Of-course some dude just HAD to make THAT joke lol.

Back to the science, the study was a correlational in nature and provided no direct biological evidence for the claim that semen has an antidepressant effect. A well-known research principle is that correlation does not imply causation, and there are many plausible alternative explanations that the authors of the study did not take into consideration. Furthermore, close examination of the scientific literature shows that there is no basis at all for taking this claim seriously. What the study actually found was that women who did not use condoms during sex had lower levels of depressive symptoms compared to women who usually or always used them, and to women who abstained from sex altogether. The authors argued that vaginal exposure to semen was the causal mechanism underlying this effect, arguing that semen has components including various hormones, particularly prostaglandins, that are readily absorbed into the woman’s bloodstream and that these have an antidepressant effect.

This may seem like a valid conclusion to make when taken on it’s own but that is not how research and scientific enquiry works geeks. It is a rigorous process and ladder that has been established for hundreds of years, otherwise every Tom, Dick and Harry would prove his/her hypothesis. In this case, the authors’ source for the antidepressant hypothesis was a single case study (Ney, 1986) published in Medical Hypotheses which found that evening primrose oil apparently alleviated depression in a child-abusing mother (What the …??)

For the sake of our collective sanity, I am going to explain to you what I think Ney’s thought process was. Ney argued that evening primrose oil and semen have in common the fact that they contain prostaglandins, and claimed that the latter have an antidepressant effect. Ney even went so far as to argue that in the single case study mentioned above, the disruption to the woman’s sex life due to the birth of her child was a causative factor in her depression because of the lack of exposure to her husband’s semen. Oh, the story gets even better, Ney the goes on to admit that semen contains minute quantities of prostaglandins but still goes on to argue that even so “they have powerful direct effects”. I am going to give him a break here and say that he was talking about the effects on the mood otherwise his theory is flawed beyond recognition. To back up his theory Ney describes a review of the psychiatric implications of prostaglandins (Gross et al., 1977).

Wait it gets better, when I read this review by Gross et al I found that they reported that one study found that depressed patients had slightly elevated levels of prostaglandins, whereas another study found depressed patients had normal levels of prostaglandins. Furthermore, Gross et al. noted that antidepressant medications had an inhibitory effect on prostaglandins (they say they have done little research and clinical implications are yet unknown so props to them for being clear).

What does all this mean? It suggests that if absorption of prostaglandins in semen had an antidepressant effect, one would reasonably expect this to mean that depressed patients had low levels of these hormones or that antidepressant medications would actually increase not decrease their production, yet neither of these things appear to be true. Hence the claim that semen has any antidepressant properties at all does not appear to rest on any biological evidence.

Ok, let us go back to the paper from 2002 that caused the media storm and the poor man to lose his job by Gallup et al. I am going to bullet point the many other reasons why I am confidant in letting you know that NO semen is NOT an antidepressant.
1-No evidence that semen exposure explains the differences in depression between women who do not use condoms and those who do.
2- They did not properly consider a range of alternative explanations. For example; why some women choose not to use condoms in the first place and whether pre-existing differences between users and non-users might have affected their results?
3-They noted that non-users had the highest frequency of intercourse and in fact those who never used condoms had sex almost twice as frequently as those who always used condoms. However, when statistically controlling for condom use, frequency of intercourse did not predict depressive symptoms.
4- The fact that non condom users were not only less depressed but also had the most frequent intercourse suggests that non-users may be different from users in some important way. Gallup et al. argued that the “important” difference is their exposure to semen and frequency is suddenly not important.

5-This was a correlational study and hence statistically they are not justified in arguing that this is the underlying cause of the relationship between condom use and depression particularly when there are other plausible causal factors.

It is well known now that frequency of intercourse is positively correlated with both life satisfaction and good mental health. It has been suggested that sex with condoms for some women may be less satisfying where 40% of women surveyed reported decreased sensation with condoms. Therefore, it seems possible that sexual enjoyment has an antidepressant effect that may be reduced by condom usage. But ladies, please do not ditch the condoms without weighing up the consequences i.e sexually transmitted diseases and unwanted pregnancies.

In conclusion, the claim by Gallup et al. that semen has an antidepressant effect is not only lacking any direct evidence, there does not even appear to be any plausible biological reason to believe that the components of semen have a beneficial effect on even mood. The authors thankfully acknowledged that more definitive and direct evidence is needed, e.g. manipulation of the presence of semen or measures of seminal components in the bloodstream. However, no studies providing such evidence appear to have been done and there is probably little justification for investigating such a far-fetched hypothesis. There are plausible psychological mechanisms that could explain the relationship between condom use and depression, such as pre-existing depression, personality differences, or “turn-offs” associated with condom usage, that have not been adequately explored and seem more likely to yield informative results. Finally, sorry to disappoint any of you, click on the video below and enjoy one of my favourite SV songs, it will make you feel better I promise.

Until next time, have a great weekend all.
E