I keep apologising for the delay in my posts, so I am not going to do that again until I can somehow work out how to make the week longer or pause time during the day so I can catch up on my to-do list.

People say that Art and Science do not go together, I say they do and the next two posts are an attempt to high-light two well known artist who also say they do.

The Human Body: What It Is And How It Works is a stunning vintage anatomy book, depicting and explaining in more than 200 vibrant mid-century illustrations the inner workings of the body. Originally published in 1959, this colorful gem was inspired by German artist and researcher Fritz Kahn, who in his 1926 classic Man as Industrial Palace described the human body as “the highest performance machine in the world” and used industrial metaphors to illustrate its remarkable capacities.

My favorite quote from the book is:

“Two hearts could provide enough energy to drive a truck around the world in two years.”

Here are a few of my favorite illustrations 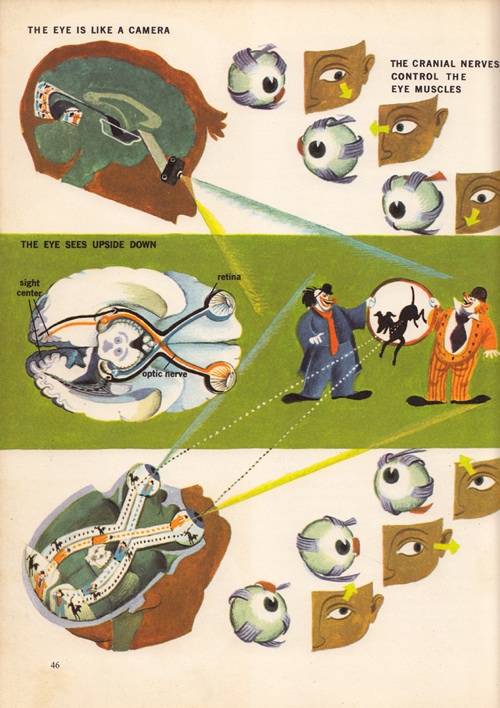 Hope you enjoyed the images